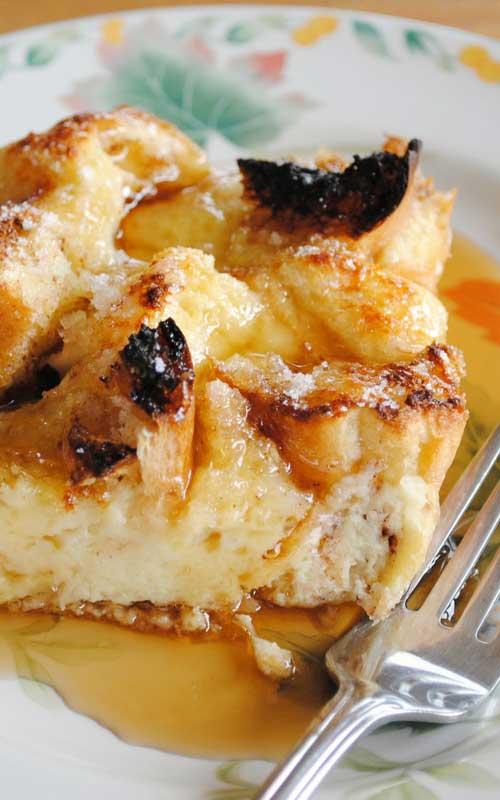 This was great and got good reviews from the whole family!! I did the following substitutions as others had suggested and I think they were dead on. I used 3/4c brown sugar and only 1 Tbls. corn syrup. (Now that I have made this I might sub maple syrup for the corn syrup next time.) I only used 4 eggs and it was plenty “eggy”.

I can see what others were talking about. I was able to fit 8 slices of French Bread in the 9″ x 13″ pan. I left the crusts on with excellent results. I would suggest not skimping on the orange liqueur as it definitely added the extra layer of flavor that made it an “over the top” recipe. Our liqueur stores sell small samples of liqueur at the registers, and I was able to buy that for just a couple bucks!! I sprinkled the top with cinnamon before baking.

Would recommend that too. After the casserole was done baking I flipped all the slices over and put the dish under the broiler for just a few minutes to brown the tops until golden brown.

This Creme Brulee French Toast Casserole makes for a fantastic breakfast or brunch treat. Especially because all the prep work is done the night before and you just have to pop it in the oven in the morning.